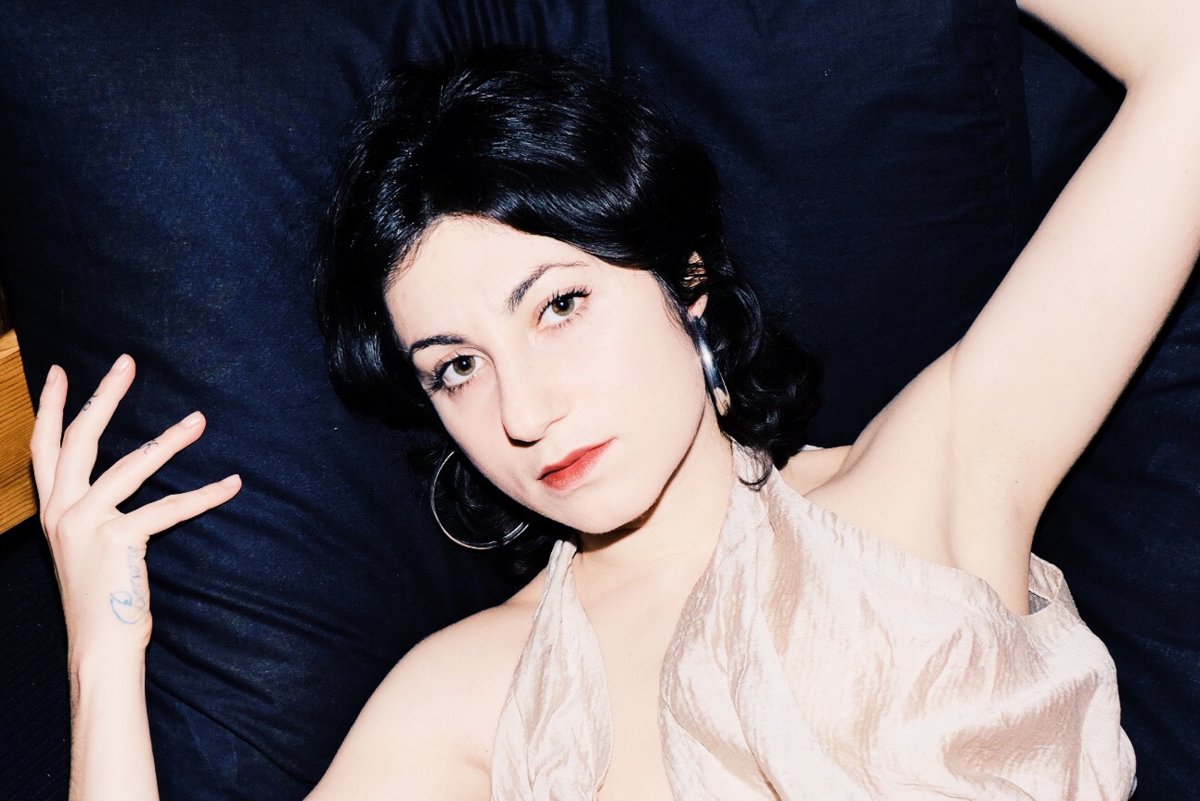 Following on from the longlist announcement of the 2016/17 GBP Short Story Prize, we asked each of the thirteen writers three questions about themselves, their story, and their inspirations. Here's Yelena Moskovich, whose shortlisted short story Marlene or Number 16 is available to read as a digital single. You will also find a short biography of Yelena after her answers.
(1) Tell us a little about yourself – how long have you been writing? Any publications?
I learned to swim before I could walk, but writing, always. I was stringing together verse before I could write, telling my mother to write it down for me (in Ukraine). I moved to America when I was seven (to Wisconsin) – and because we were Jewish refugees, our sponsorship included my attendance to an Orthodox Jewish school where I had to learn Hebrew and English, alongside Russian. Since each language has its own distinct alphabet, from different etymological families, text became as much a spatial and material playground as a means for meaning. I loved the look of certain letters, each with its unique attitude and stance (and in Hebrew especially, each letter has its own spiritual charge).
Later on, I found a home for my writing in theatre, as a playwright and director. I loved the way one could jump in time, transform into and out of different landscapes, and energize banality with tone and character.
After years trying things out on the stage, I had an urge for a literary homecoming, to apply all these elements within the relationship between reader and text.
My debut novel The Natashas was published by Serpent’s Tail in 2016. Next month, it will be published in France as Les Natasha (éditions Viviane Hamy).
(2) Specifically, tell us a bit more about your longlisted story – the inspiration behind it, the writing of it…
There’s a café I used to go to regularly in the North of Paris, on rue du Faubourg Saint-Denis, called “Le Saint Denis.” It was a couple doors down from the physical theatre school I went to years back, Ecole Jacques Lecoq. It became a spot I liked to go to on my own to write, sit, observe. It has a gawky grace to it, like a secret grievance or wasted wish: the perfect place to suddenly want to recite poetry to remaining customers past midnight. On the terrace, in the late afternoon, theatre students bought cheap wine from time to time. But inside, it’s mainly a bar for old men. I tried out sitting inside, with them. And there, on a few occasions, another woman came in; she became my Marlene.
(3) Name three short story writers you especially admire – why?
Until about four years back, I mostly read plays and poetry. Then I started getting into novels/fiction. I’m drawn to writing that feels alive and dangerous, no matter its shape or size. But if I were to list three writers I admire who provide an incredibly expansive story in a seemingly short span of time, they would be:
- Yoko Tawada, who is Japanese but writes in German, and is one of my favourite writers. I love her collection Where Europe Begins, especially ‘Storytellers without souls’.
- Emil Cioran, the Romanian philosopher; his writing is usually a succession of proverbial-like commentary or anecdotal grudges (notably Tears and Saints).
- Jon Fosse, the Norwegian playwright (though I read him only in French). His plays are almost weightless; the short phrases manage to reveal generational trauma then curl back up into silence like a worm on a leaf.
Yelena Moskovich was born in 1984 in Ukraine (former USSR) and emigrated to the US with her family in 1991. After graduating with a degree in playwriting from Emerson College, Boston, she moved to Paris in 2007 to study at the Lecoq School of Physical Theatre, and later took a masters degree in art, philosophy and aesthetics from Université Paris 8. Her plays have been produced in the US, Vancouver, Paris, and Stockholm.  Her debut novel, The Natashas (Serpent’s Tail, 2016), will be released in French in February 2017 (éditions Viviane Hamy). Her writing has also appeared in The Happy Reader, and in French in Mixt(e) Magazine.
Share it: